Over the course of the years our firm was involved in a number of different retail design assignments.
The first significant one was for Goliger's Travel. Goliger's was the vey first travel agency to engineer the franchisation of the travel agency business. Starting in Montréal as a busy and successful Mom/Pop agency, Dan Goliger, their son, pursued the belief that the industry was ideal for franchising. MichaelMoore was in the right place at the right time and over the course of a three year period worked in close collaboration with Dan to develop and perfect a highly efficient design implementation process based on a common design standard he developed. In all approximately 25 franchises were designed/built in that time - up until Dan sold Goliger's and retired from the business. Unfortunately no drawings or photographs exist of the diverse work that went into this undertaking. All work was done the old-fashioned way, of course, as in the late 1970's computers had not as yet been introduced to the public.
It was in the very first meeting with Dan at the Union Street office of Goliger's that  an early modem (MOdulator-DEModulator) was demonstrated....a phone call was made, the handset, upon connection was lifted from the phone base and inserted into a receiver cup so that the digital message traffic could flow back and forth.
In the following years we were retained to develop startup retail projects.
'Funny You Should Ask', or FYSA was a chain of novelty gift stores following in the footsteps of a popular retail operation, the 'IT Store'.
In all 12 different stores were designed and opened in Montreal, Ottawa, Toronto and throughout Ontario.

Diamanti Jewellers was intended to become a high-end jewelry chain - the design was very upscale, very slick. The first prototype was opened in Fairview Pointe Claire. Due to the untimely death of the owner, subsequent stores never got off the ground.

Pierre Cardin Women's Wear Boutique - was the project that brought Michael to Montreal. He had completed the design of the wholesale showrooms/runway for Pierre Cardin in Toronto and the master franchisee, Mr M.Kace, persuaded him to develop the key design concept for the Pierre Cardin store in Place Ville Marie, Montreal. That work was completed in 1978.

Insofar as retail design was not a sector that was planned as a client component of the firm, assignments came to us as a result of our reputation for innovation, clear thinking, problem solving and an innate ability to propose accompanying graphics/identities for such ventures. It was in fact the sideline graphics work that prompted Michael to become certified, initially as a a member of Association of Registered Graphic Designers of Ontario. Over the following years he ultimately qualified as a Certified Graphic Designer (member Graphic Designers of Canada) and is now listed as member emeritus .

Other retail and/or showroom design projects that form a part of the crudentiallist were:

Olympia Tile Showroom - referred to Olympia in 1989, the mandate was to design/develop a massive retail showroom in a dedicated building/warehouse in Montreal. The general architectural envelope had already been established and approved. Working in concert with personnel and consultants from the Toronto Head Office, a design theme was developed and proposed to ownership.
From its inception the Olympia logo had ben a perspective drawing f the Parthenon in Greece. It was widely recognizable within the industry.....the drawing and text in white against a vibrant orange background. Given that the space dedicated to the showroom had a 30 foot ceiling, a 50% mezzanine was proposed and accepted. Because Olympia had made a market reputation for itself as providing well designed high quality ceramic tiles a s a mainstay product offering, but also as the source for high end marble, granite and specialty natural stone tiles, a proposal that a special section of the massive showroom be set aside as a showcase for the higher quality goos, was accepted and approved. But, what should it be? What would distinguish it visually from the rest of the space.
Michael Moore developed; oped the idea that a modern day interpretation of the Parthenon be incorporated into the midst of the space. Elevating that zone above the ground floor alluded to the high crest of the actual Parthenon. Using corinthian columns interspersed with white carrera marble tiles - along with a beautiful marble flooring and state-of-the-art focus lighting,  Ownership enthusiastically approved the concept.  It is now 30+ years later......little, very little has changed in the showroom. Is it a 'today' design? No.....but the design intent was always to provide a timelessly classical space - not one of any current trend. And to that end it has been hugely successful. Might the choices of millwork detailing be different today? Probably -but the fact is the Client has enjoyed an unparalleled return on their investment - how many other retail environment can be shown that survive, elegantly, 30+ years without major renovation or updating. 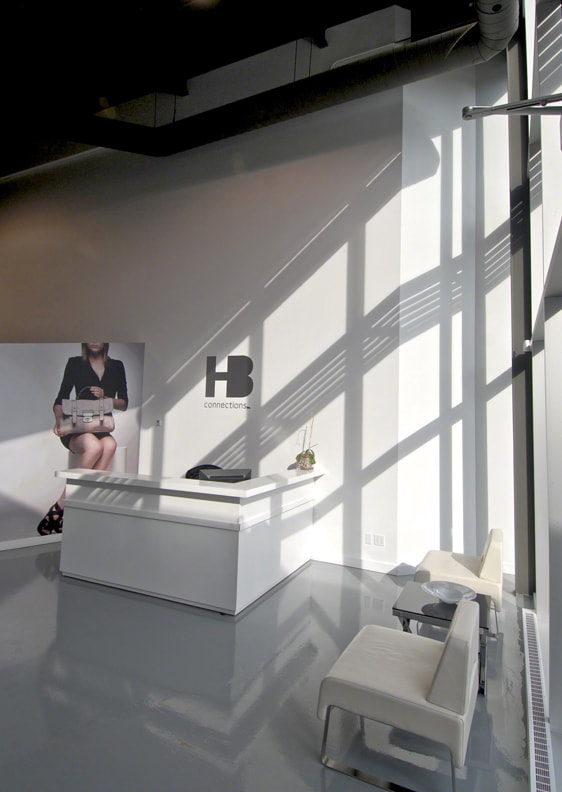 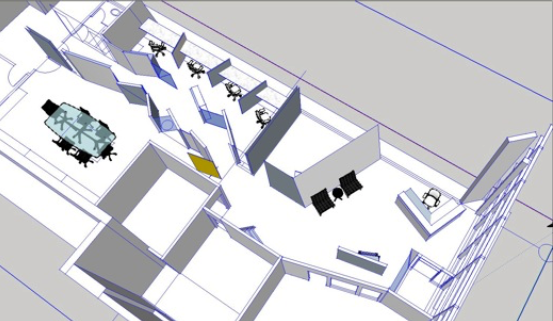 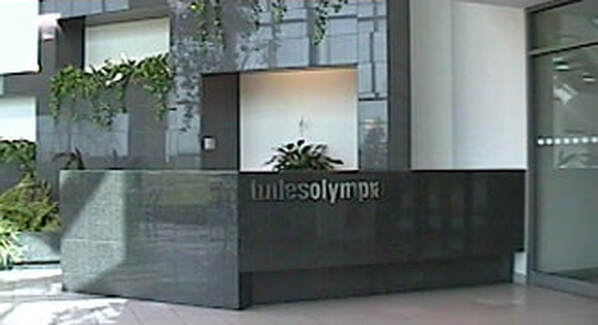 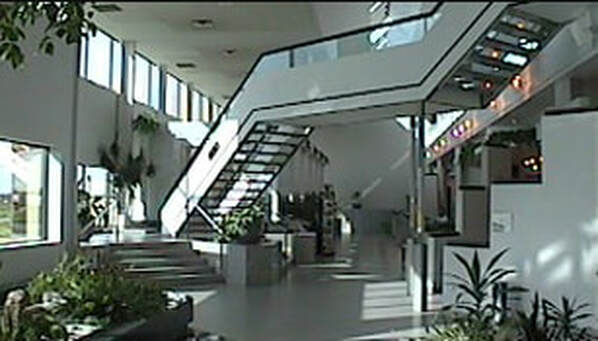 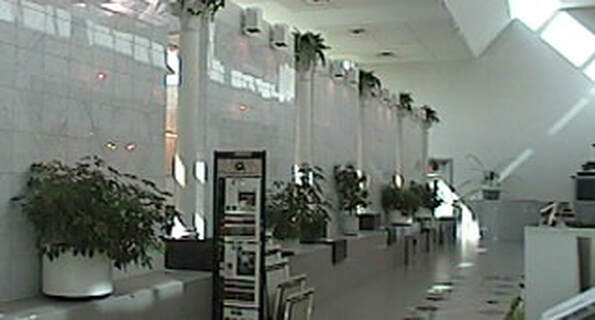 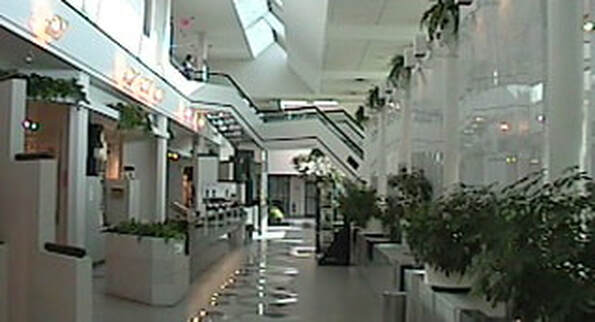 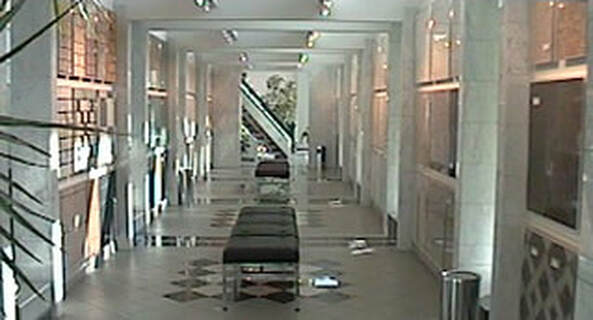 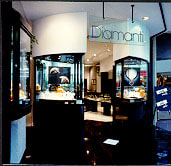 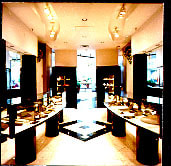 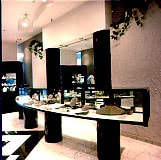 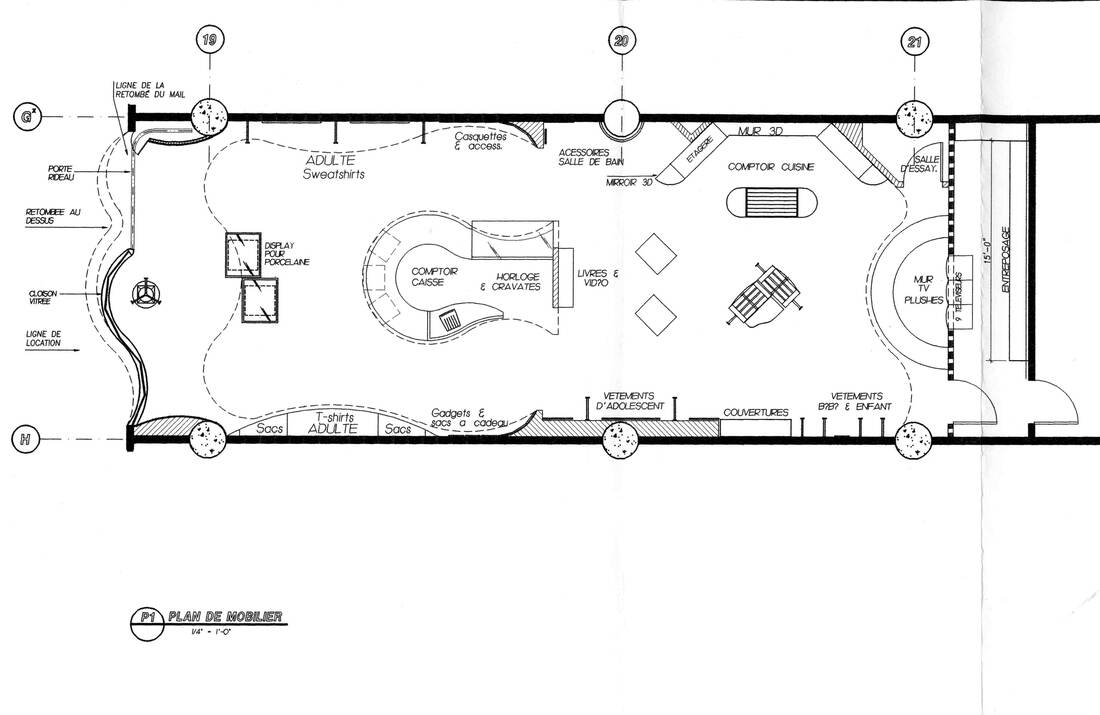 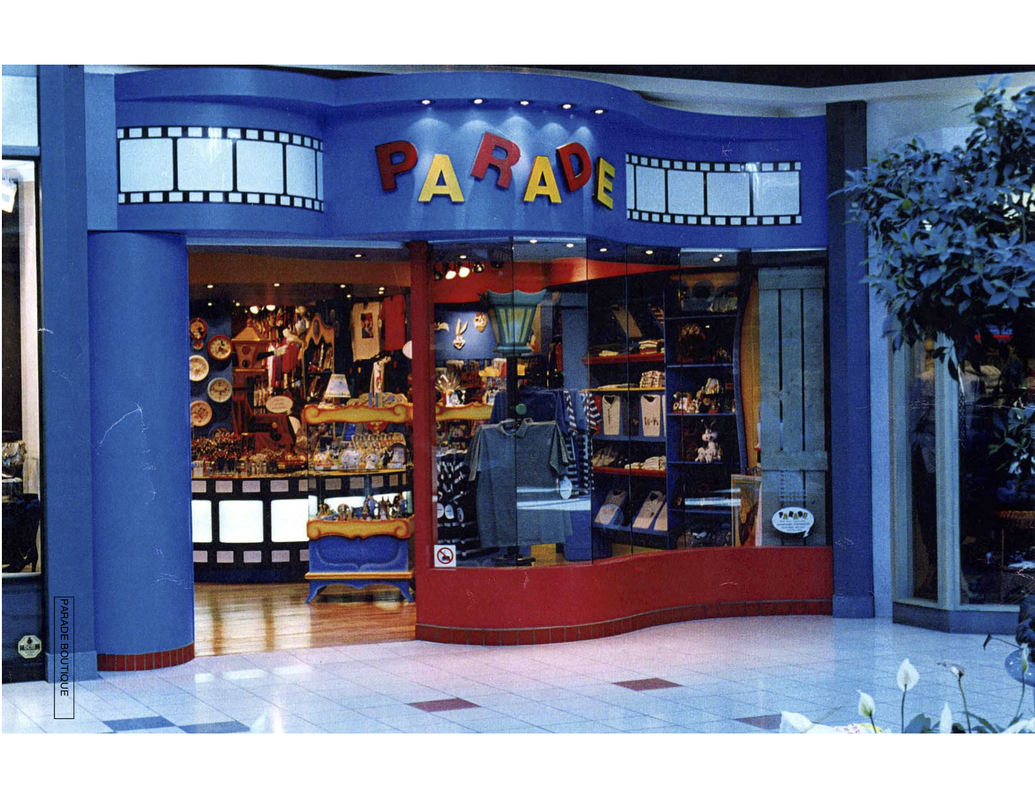 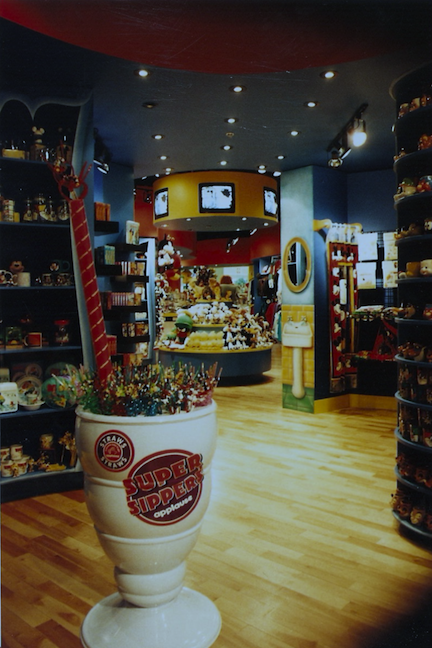 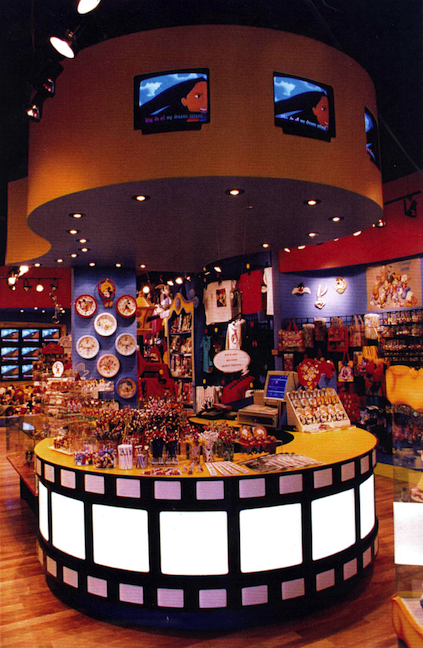 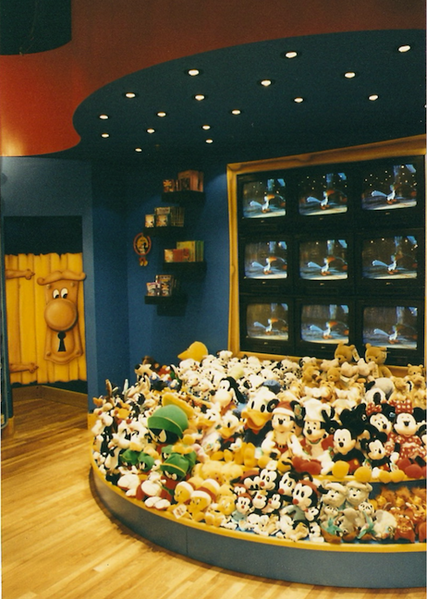 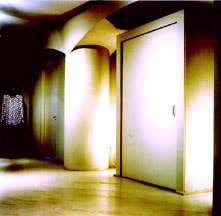